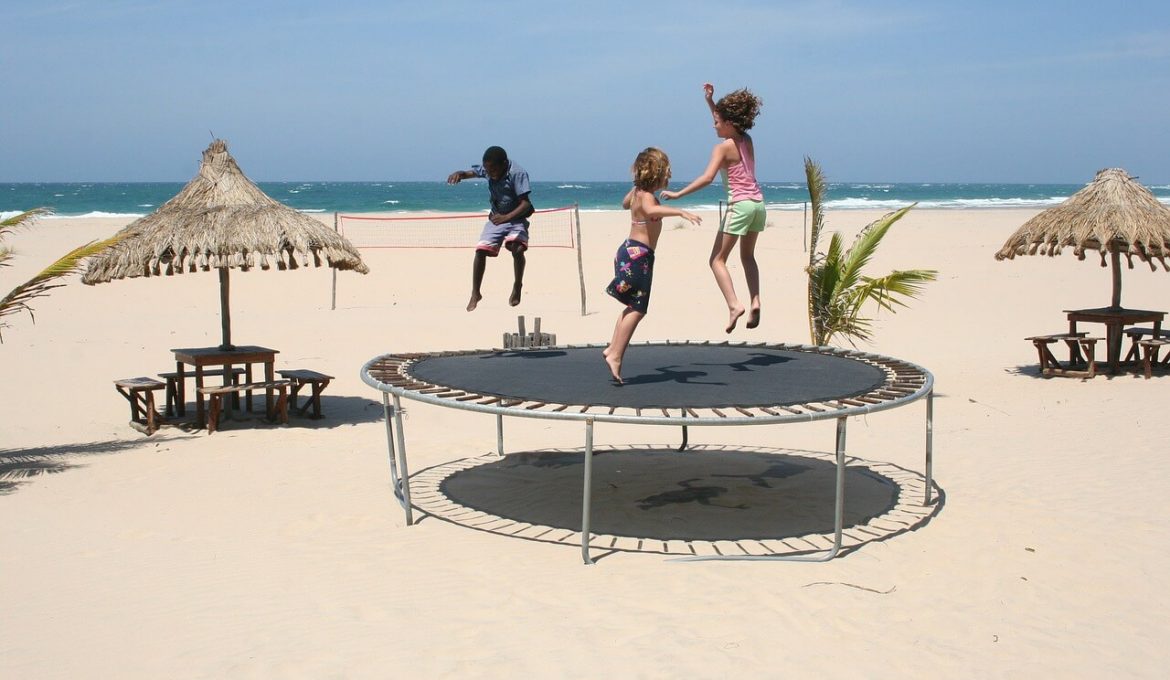 Trampolines are a great source of entertainment for the entire family. They can be used as part of an exercise routine, for gymnastics practice, and of course, just for fun. While trampolines are relatively safe when they are used according to their instructions, injuries do occur. Here are some helpful tips that will ensure that your next experience on a trampoline will be free of injury. 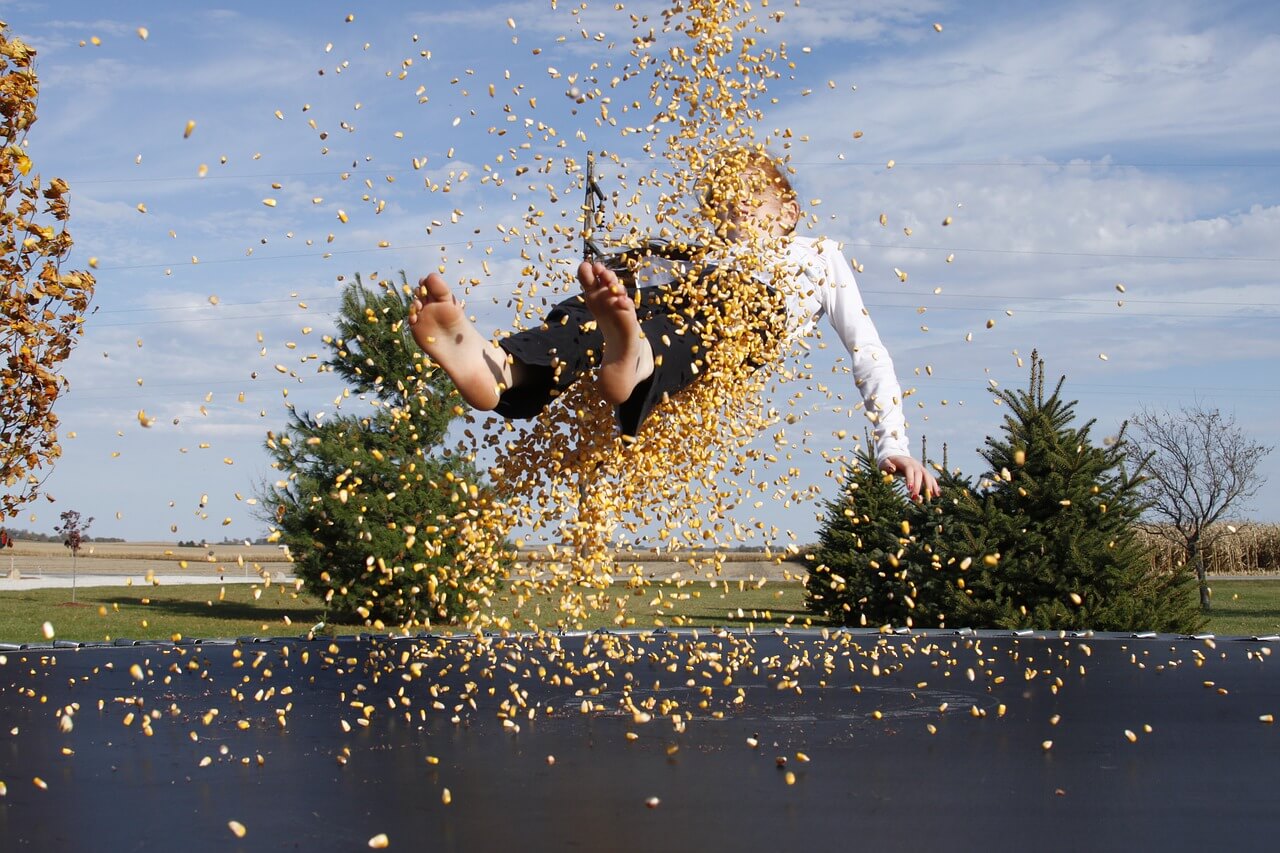 Over the past decade more than 1 million people have visited the emergency room with trampoline-related injuries. While many of these injuries are minor in nature, such as scrapes and bruises, there are a significant number of claims involving fractured or broken bones.

In addition, it is believed that nearly 2% of trampoline injuries involve the spinal cord. However, the largest percentage of injuries occur to the lower extremities. Practicing safe jumping habits can help ensure that no injuries occur on the trampoline.

The most common injuries that happen on a trampoline are usually associated with the foot or ankle. Typically these injuries involve a sprain, such as a sprained ankle. But there are a number of cases where an ankle or foot has been fractured, and thus required immediate medical attention. Limiting risky jumping maneuvers can help prevent many foot injuries.

Many of the injuries that happen on a trampoline result in broken bones. Usually these injuries occur to the lower extremities of the body, such as the ankles, legs, and sternum. A majority of these cases involve broken bones in the ankle area. While adhering to trampoline jump safety rules can help decrease broken bones, it is always a risk.

Perhaps the most worrisome of the injuries that are linked to trampoline use involve the spine. As mentioned, injuries to the spinal cord comprise a very small percentage of the total number of trampoline injuries, however they do occur. Research has suggested that a sizable proportion of spine related injuries that occur on trampolines happen to older users that are above the average age.

There are cases of skull injury occurring while jumping on a trampoline, although it is somewhat rare. When these types of injuries occur, it usually involves the user over-jumping the trampoline mesh and colliding with the surrounding metal frame. While concussions are also a concern with head injuries, there are very few concussions reported while using a trampoline. 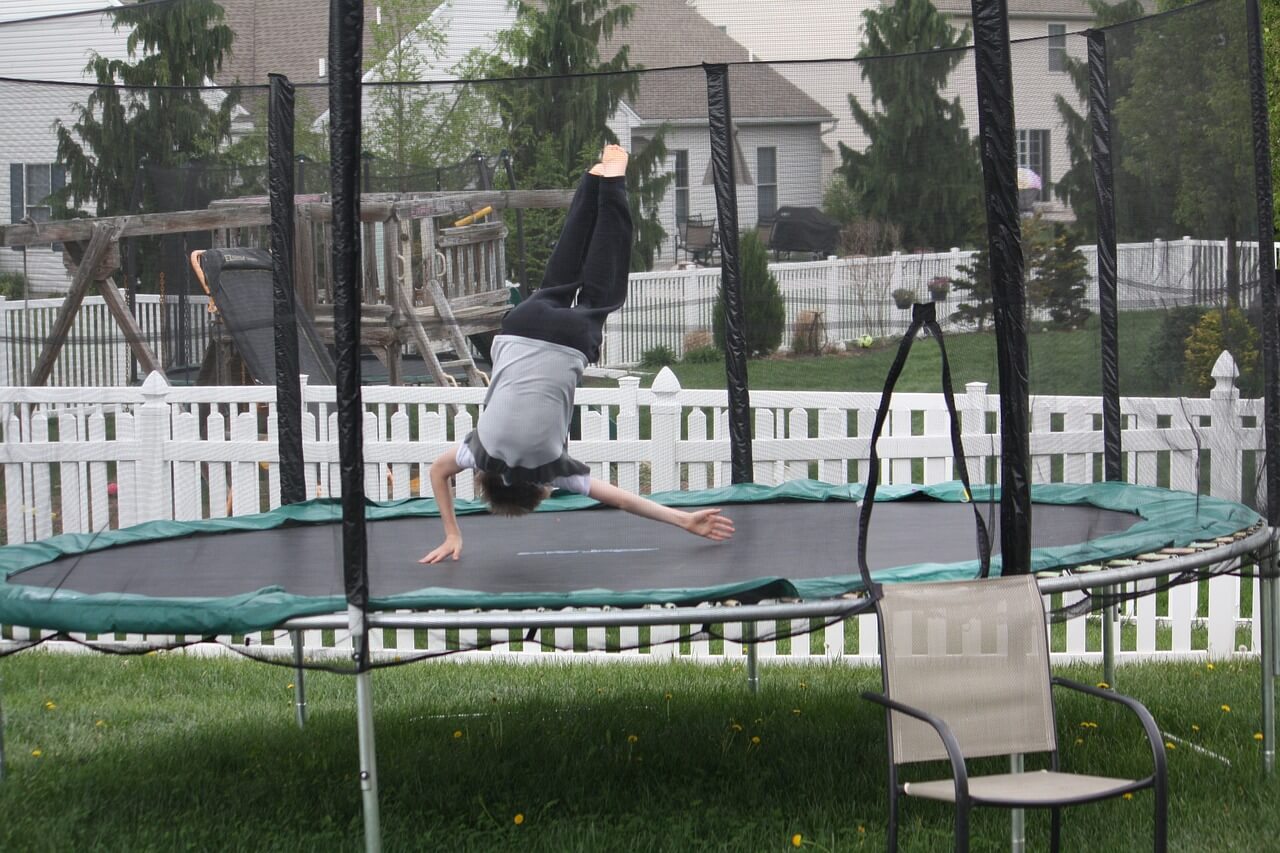 How to Avoid Trampoline Related Injuries

Use Protective Netting and Padding

Protective netting can help prevent users from falling off the side of the trampoline, which can greatly reduce the chances of an injury occurring. The netting works by enclosing the jumping area of the trampoline, so that jumpers will not come in contact with the large springs that give trampolines their bounce.

Padding and protective netting is available for an array of trampoline sizes, including most of the popular models.

One Person at a Time

The largest percentage of trampoline users are children, and therefore adult supervision in critical to preventing injury. By having an adult watch the jumpers, they can make sure that there is not more than one kid on the trampoline at a time, and also prevent any horseplay. In the event that a child does get injured, having an adult in the vicinity could be critical to getting the child help.

Summersaults and wild jumps may look like a lot of fun, but they can also lead to injury. While a professional gymnast may be able to leap about on a trampoline, pulling all sorts of moves, this is not recommended for the amateur. A risky maneuver could end with the user landing awkwardly, potentially on their head, resulting in severe injury. 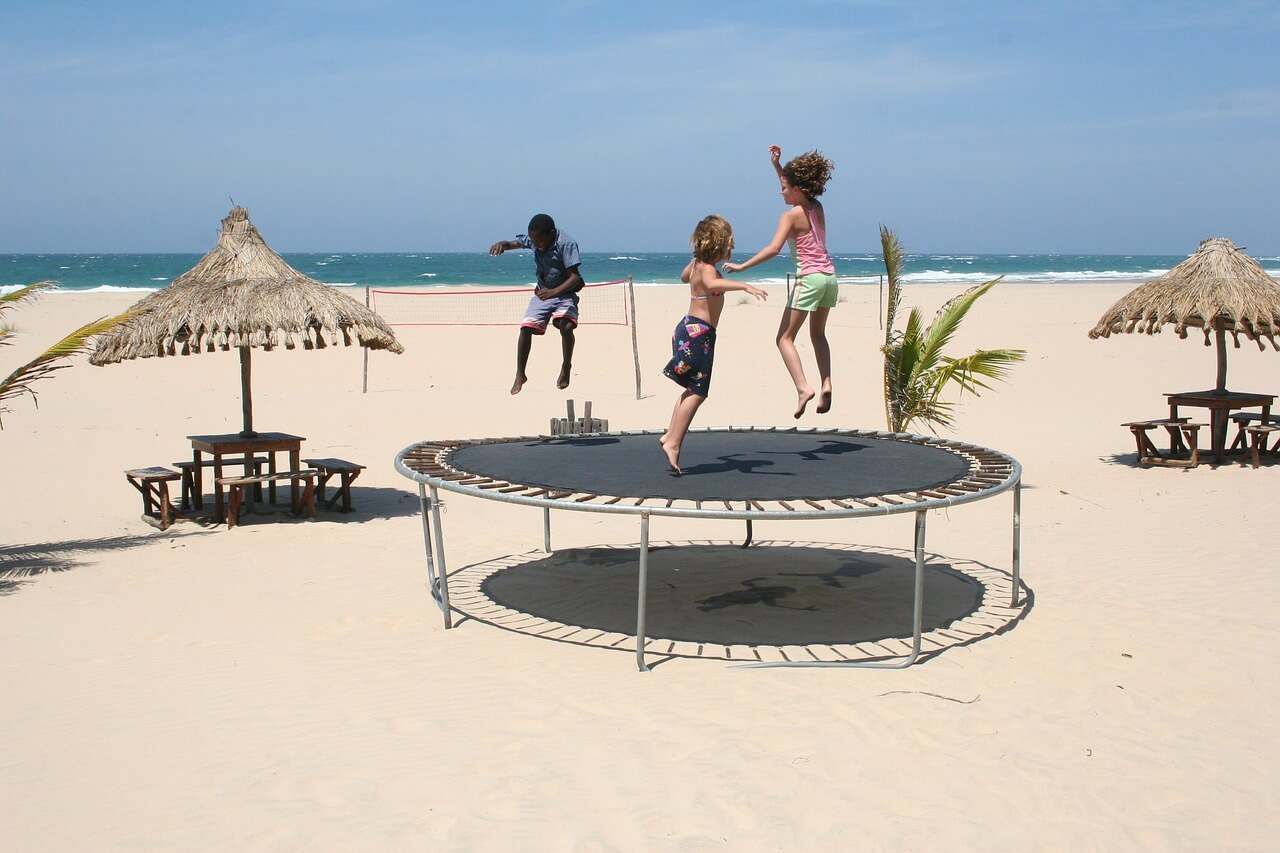 Whether the trampoline has protective netting or not, removing any nearby obstacles, including the ladder, will reduce the chances of injury occurring. If a person jumping on a trampoline miscalculates their jump, they may be forced to bail off the side of the trampoline.

If there are obstacles, such as a ladder near the trampoline, the person could collide with that, causing injury. When using a ladder, have the adult supervisor place and remove the ladder each time a child uses the trampoline.

Assess the Conditions of the Trampoline

In addition to the abuse that trampolines take from users, they are often left outdoors to face the harsh elements, and over time this can make repairs necessary. Therefore, it is imperative that the condition of the trampoline be assessed prior to each use.

An assessment only takes a few minutes and it could prevent a serious injury from happening. To assess the trampoline, slowly walk around the perimeter and check for loose bolts that could cause the frame to come apart, and make sure that all of the springs are attached correctly. Also check to make sure that there are no tears in the mesh flooring of the trampoline.

While trampolines can be a lot of fun, they can also cause injury if not used properly. It is important to remember to enforce safe trampoline policies, such as only allowing one person at a time and barring risky maneuvers. In addition to implementing rules, trampoline users should always check to make sure that any nearby obstacles are removed from the area, and that the trampoline is in proper working condition.

Always use adult supervision, so that emergencies can be dealt with immediately, especially when children are using the trampoline. By practicing these safety tips, you can ensure that everyone will have a safe and enjoyable experience on the trampoline.